The right to freedom of thought, conscience and religion: Adwoa Frimpong-Duah 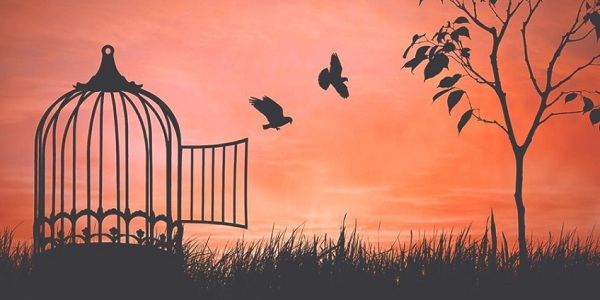 Maame felt helpless. She had lost her job and had been unsuccessful at finding another. Her heart ached as she looked at the anguished faces of her three children, especially the two-year old who wouldn’t stop crying. With no food in the house, they were all famished and sickly.

She was overwhelmed with grief and sadness – should she just kill herself? Why was this world so cruel? But then again, who would take care of her children if she did? Pulling herself together, she said to her oldest son, “Take care of your sisters – I’ll be back.” She picked up the file that contained her resume and stepped out of the front door, not knowing where she was going.

After walking for about 6 miles, she saw a notice posted on an office building: ‘Vacancy, Administrator needed.’ She couldn’t believe her eyes! She gathered courage, walked into the office and asked to speak to the manager. “How can I help you today?” he asked.

“Err,” she stuttered, “I need the job advertised.” She saw the man smile and followed his lead into the conference room. He interviewed her for the role and seemed impressed by her qualifications.

She tried to maintain her composure throughout the interview – she didn’t want to break down. At the end of the interview, he asked whether she had any questions. Try as she could, she could no longer keep it together, and burst into tears.

She told him that her husband could not work because he had been paralyzed after an industrial accident, and there was no food at home for her or the children. “My children cry from hunger every night,” she sobbed.

The manager reached out and held her hand in a way that made her feel uncomfortable. He said, “Listen: I can help you. You’re brilliant! I’ve been awed throughout this interview process.

You are just one step away from getting this job.” With a smirk on his face, he added, “Just one night, and this job will be yours.” She gasped! He was explicit – “Just one night of sex, and you’ll be hired.

Your problems will end.” She looked at him, anger and disappointment rising within her. “God, why?! You know I need this job!” she screamed silently. She was conflicted. She couldn’t stop thinking about her hungry, crying kids.

But she was a dedicated Christian and loved God with all her heart. She believed in the Ten Commandments and knew that God gave them to His people as commandments, not suggestions.

The Seventh commandment, “Thou shalt not commit adultery,” wouldn’t leave her mind. She pulled her hand away from him, left the room, and headed for her home. She didn’t know whether they would survive another day without food, but she DID know that she would NOT willingly break God’s law.

Recently, the sabbath, as enshrined in the fourth commandment, has excited public debate across the country:

One of Ghana’s radio Stations – Asempa FM – interviewed a young boy who had refused to write a paper in his WASSCE exam (the national tertiary qualifying exam in Ghana) because it had been scheduled on Saturday, and went against his beliefs about keeping the sabbath holy. The general reaction was one of ridicule: people called him stupid.

This boy’s situation is similar to Maame’s: they both draw their convictions from the same source (the 10 commandments) and the same lawgiver (God). Yet, the public reactions to their situations are different: Maame is viewed as virtuous and principled, while this boy is seen as stupid.

Yet, the fact that his conviction is not widely accepted by the majority does not take away his right to freedom of thought, conscience and religion.

Religious liberty is a fundamental human freedom and should not be based on the views of the majority. We cannot claim to be a just and equitable society if we accommodate only those views we inherently subscribe to.

My own experience as a student in the UK and employee in the US, where religious freedoms are respected, is radically different from my experience in Ghana.

During my undergraduate education in Ghana, I missed multiple exams because they were on Sabbath, dealing with Fs on my transcript and, worst of all, verbal abuse.

In graduate school at the University of Oxford, it only took an email to the Academic Administrator about the matriculation or graduation ceremonies being on Sabbath to be informed that they had already made provision for alternative ceremonies on weekdays, to cater for people who are unable to attend the Saturday ceremony for various reasons.

I have had similar experiences in the US where, for example, my senior colleague told me: “Adwoa, you don’t have to be apologetic for what you believe in” when I asked to be excused from a time-sensitive engagement which would have required working on Sabbath.

Interestingly, I have heard this more from people who don’t believe in God than from those that do. When I registered for the SAT earlier in my academic life, it was originally scheduled for Saturday as was the case for all candidates in Ghana.

I sent an email to the College Board in the US explaining my faith. All it took for them to reschedule my SAT was a letter from my church pastor confirming that I am a member of the Seventh Day Adventist Church. It was that simple.

The fact that some people disregard a law or principle does not negate its existence or its truth. We have speeding limits in Ghana, yet people overspeed on highways all the time.

Some Christians steal and commit adultery, even though Christianity frowns upon stealing and adultery. So no, this is not an article about unfaithful Seventh-day Adventists.

This is an article to reiterate that people have a right to freedom of conscience and religion, whether or not we agree with their views or convictions.

In the past, majority decisions have overridden the minority, but what is a democracy without the minority? When Jesus came to the earth, the ideas held by the Pharisees, Scribes and Sadducees reflected the opinions of the majority.

During the Reformation, reformers like John Wycliffe, John Huss and Martin Luther held views that were opposed to popular opinion. These reformers were persecuted, not by unbelievers, but by the religious majority.

Not much has changed in our day, or we wouldn’t be debating why Seventh-day Adventists students shouldn’t be forced to take exams on the sabbath – a day they believe is holy and sacred.

The universal declaration of human rights upholds an individual’s right to believe and live according to the religion of his or her choice:

Article 18 (1) of the Universal Declaration of Human Rights (UDHR): “Everyone shall have the right to freedom of thought, conscience and religion. This right shall include freedom to have a religion or whatever belief of his choice”

Allowing a person to exercise their religious convictions even when you don’t agree with those convictions is a mark of true tolerance. It upholds a fundamental human right and freedom – the right to freedom of thought, conscience and religion. This right belongs to all Ghanaians equally, regardless of their age, sex, wealth, or tribal background.